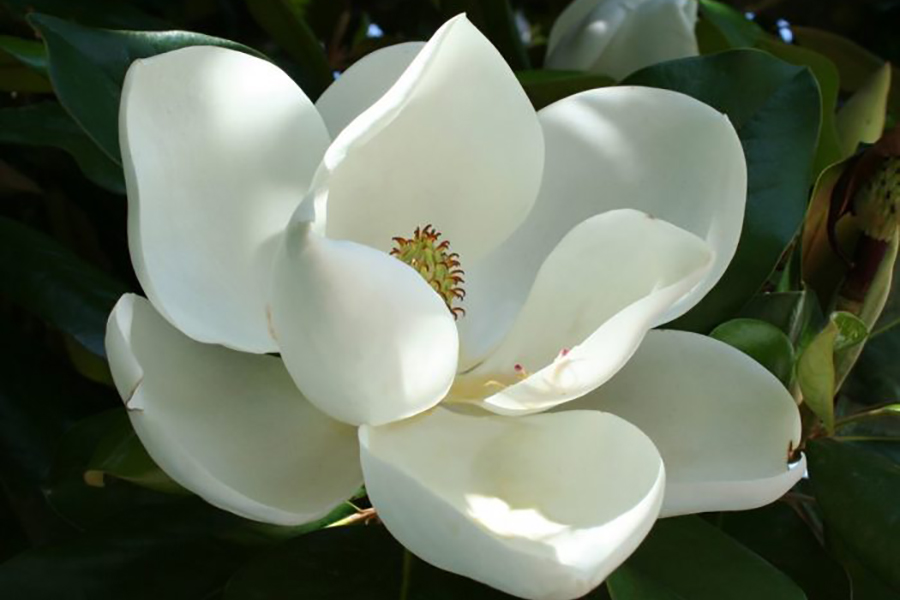 Magnolia is a broad term that encompasses more than 200 different species within the Magnoliaceae family of flowering plants. The flowers and bark of magnolia plants have been praised for their multiple medicinal applications. Some of the healing properties are based in traditional medicine, while others have been revealed through modern research into the precise chemical components of the flower, its extracts, and the composition of the bark. Magnolia has long been praised in Chinese traditional medicine but it is now widely regarded as a beneficial supplement or herbal remedy around the world.

Native to East and Southeast Asia, particularly China, this ancient type of flower has been around for more than 100 million years, predating even the evolution of bees. Some of its varieties are also endemic to North America, Central America, and parts of South America. The hardy nature of the shrubs and trees on which these flowers grow have allowed it to survive and thrive in harsh conditions over so much evolutionary time, and it has developed a unique nutrient and organic compound composition over that time as well, representing potentially powerful health benefits.

Let us look at the most important health benefits of the magnolia flower and bark.

Honokiol has certain anxiolytic qualities that directly impact the hormonal balance in the body, particularly in terms of stress hormones. By regulating the endocrine system, magnolia might help reduce anxiety and stress by soothing the mind and lowering hormone release in the body. A similar chemical pathway allows it to help relieve depression as well, by stimulating the release of dopamine and pleasure hormones that can help turn your mood around.

A study published in the International Journal of Dental Hygiene showed that magnolia extract helped reduce gingivitis, in which gums become inflamed and bleed easily.

The volatile components found in magnolia flowers and bark are also considered soothing or relaxing agents, reducing inflammation and muscle tension when consumed. Herbal practitioners would prescribe magnolia flower buds to ease the menstrual cramp. When it comes to menstrual discomfort, its supplements are often recommended, as they may provide relief, as well as improve mood and prevent the emotional peaks and valleys associated with the pre-menstrual period.

Magnolia has long been used to relieve certain respiratory conditions, including bronchitis, coughing, excess phlegm, and even asthma. It naturally stimulates the corticosteroids in the body to respond to conditions like asthma, thereby relieving inflammation and preventing asthmatic attacks, according to studies on Chinese traditional medicines.

In a similar vein to magnolia’s effects against asthma, the steroid-mimicking properties of its extracts help prevent allergic reactions in those who regularly suffer from these symptoms. If you have hay fever, seasonal allergies, or specific allergen sensitivity, magnolia supplements can help strengthen your resistance and keep you feeling your best!

According to a study conducted by Lin S. et al, magnolol, a compound found in Magnolia Officinalis, might prove useful in restricting the proliferation of cancer cells. Another compound present in this flora, honokiol, is also looked at as an anticancer agent. A 2012 research published in the Current Molecular Medicine journal has encouraged clinical trials to explore the potential of this compound as a natural, novel anticancer agent.

Although magnolia bark can actually increase weight by stimulating food cravings due to its corticosteroid nature, magnolia supplements may help suppress appetite, which can help anyone trying to lose weight. A clinical study involving healthy premenopausal women showed that a combination of Magnolia Officinalis and Phellodendron amurense extracts helped aid weight loss in the participants. However, further studies are needed to explore this health benefit. So, be sure you speak to a professional herbalist or alternative medical professional to get the best advice on what kind of supplement would best serve your needs.

One of the reasons that magnolia has gotten so much press in recent years is its bark’s active compounds’ ability to mimic cortisol, the stress-hormone reducing factor in our body. By acting as cortisol, it has the potential to help the body control its release and management of blood sugar. This could go a long way toward preventing the development of diabetes.

For people suffering from Alzheimer’s disease or showing risks of other cognitive disorders, magnolia may be a powerful strategy to increase cognition. The magnolol found in it stimulates acetylcholine levels in the brain, which is what amyloid plaque in the brain can reduce. Honokiol present in magnolia is also linked to increased brain function and neural activity, thereby reducing memory loss and increasing cognition.

Along with stimulating the lymphatic system and increasing the level of toxins being eliminated from the body, magnolia has also been linked to reducing the build-up of fat around the liver, one of the primary causes of liver failure following excessive alcohol consumption, also called ALD (Alcohol Liver Disease). Researchers have shown it to be a promising remedy for this widespread problem for people who drink excessively and want to retain a high quality of life as they age.

Word of Caution: Magnolia extracts and supplements are extremely powerful. Hence, it is not recommended in large doses. Moreover, they shouldn’t be used by pregnant women, as they are known to cause vertigo, dizziness, and headaches. Its bark contains high concentrations of chemicals and can cause respiratory paralysis in animals or infant children, so should be avoided in those situations. 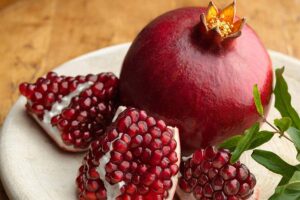 The Benefits of Pomegranate Peel to Solve Dental Problems and Improve Oral Hygiene.

Pomegranate peel has many benefits, including preventing dental problems, improving oral hygiene, and its ability to prevent bad breath, gingivitis and dental plaque. Here is 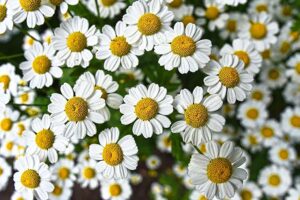 18 Health Benefits of Chamomile + How to Use It

In this in-depth profile on chamomile herb, you’ll learn the health benefits of chamomile, plus how to find and use this popular plant. Botanical Name: Matricaria 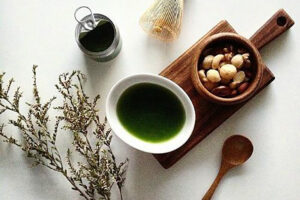 Does Your Dentist Hate Matcha? Let’s face it. There’s nothing worse than waking up to bad breath… and then inflicting the smell on your partner. 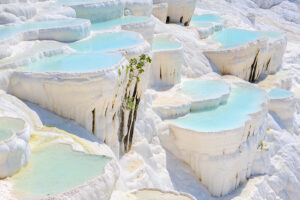 Calcium carbonate may strengthen bones, maintain normal blood pressure, and even help prevent colon cancer and fatty liver. Some people use it for acid reflux.